These 4 canvasses were painted in spring 2016. They resemble a prior work of the artist from 2004, titled „United Colors of Gürtel“. („Gürtel“ is the main road around the inner quarters of Vienna).
Once more, in this present painting he was inspired by the arcs of the U6 (Underground Line 6), earlier called „Stadtbahn“, which are immediately in front of his residence and atelier since 30 years. This time he is making it an hommage to Hilary Hahn, the famous US violonist, whom he met a short time before in February 2016, remaining deeply impressed. Her music recordings, accompanying the painting process, inspired the brightness of the colour composition and the clear distinction between the paintings colourfully composed areas. The chinese, as well as other figures, represent the multicultural environment of the gürtel quarter, which makes it at the one hand a very interesting place to live. However, in the painting, the big man on top of the building originally is a reminding of a less delightful experience, beginning in autumn 2015, when the artist and many passengers and riparians of the U6 felt unsettled by large groups of dealers standing constantly at the U6-stations. Since june 2016 the problem seems to be solved or at least alleviated. And that painted allusion now gets a better meaning as a symbol of hope for a peaceful future living together in harmony, just like the four quarters of this painting try to do do:
The mainly blue quarter from 0h-3h, red 3h – 6h, yellow 6h – 9h, green 9h – 12h.
The composition trys to keep strong colour contrasts in an exciting balance, without bluring their clear special character. Therein again Hilary Hahn was a strong inspiration and model, with her ultimate clarity and brightness in her performing bachs violin sonatas and partitas.
The four, with a gap of 4 inches separately hung quarters of the painting can also be exchanged among themselves, then giving new and sometimes surprisingly beautiful and convincing assortments. 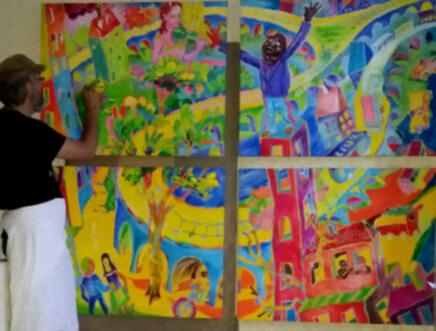 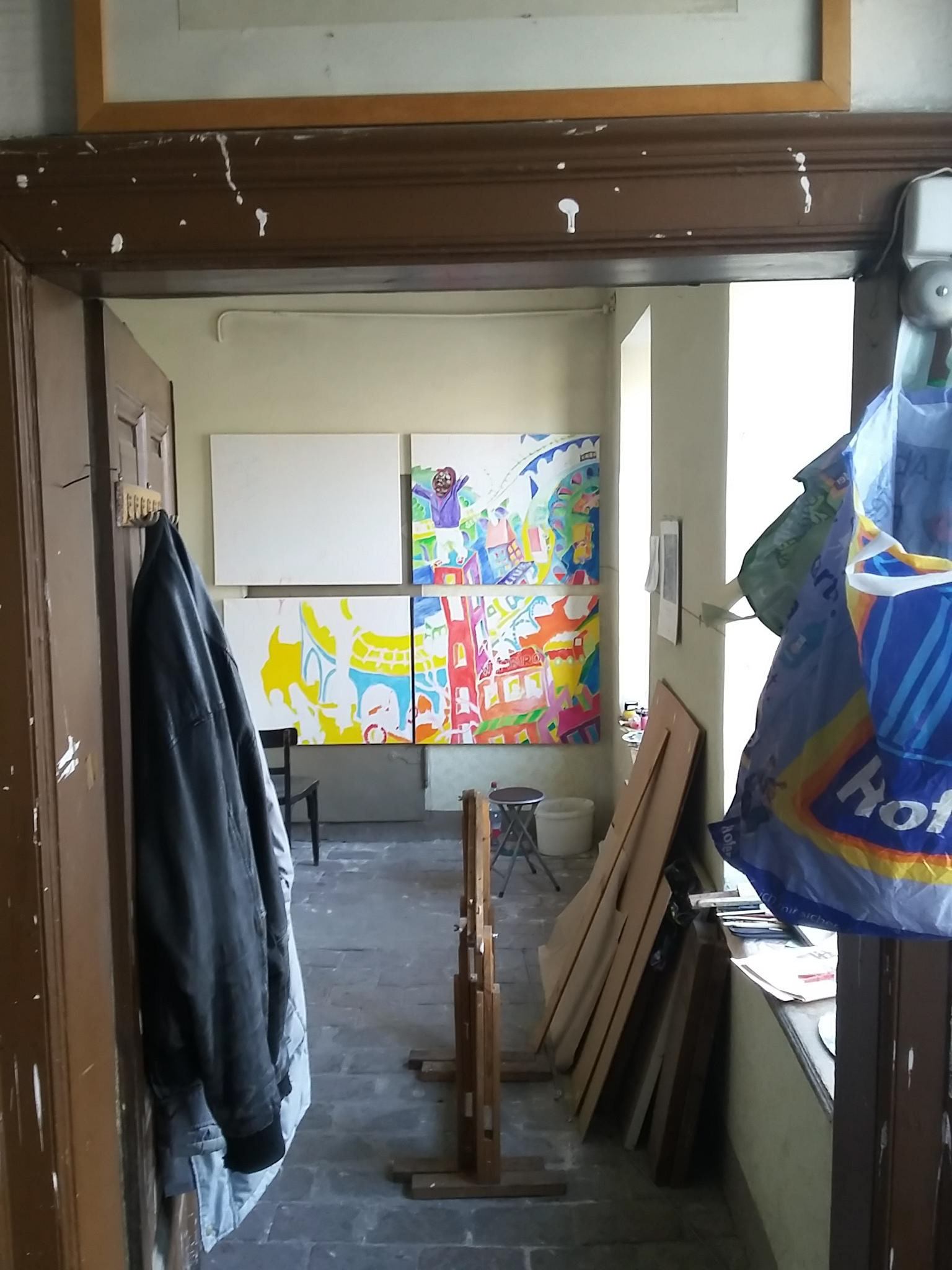 view into the atelier 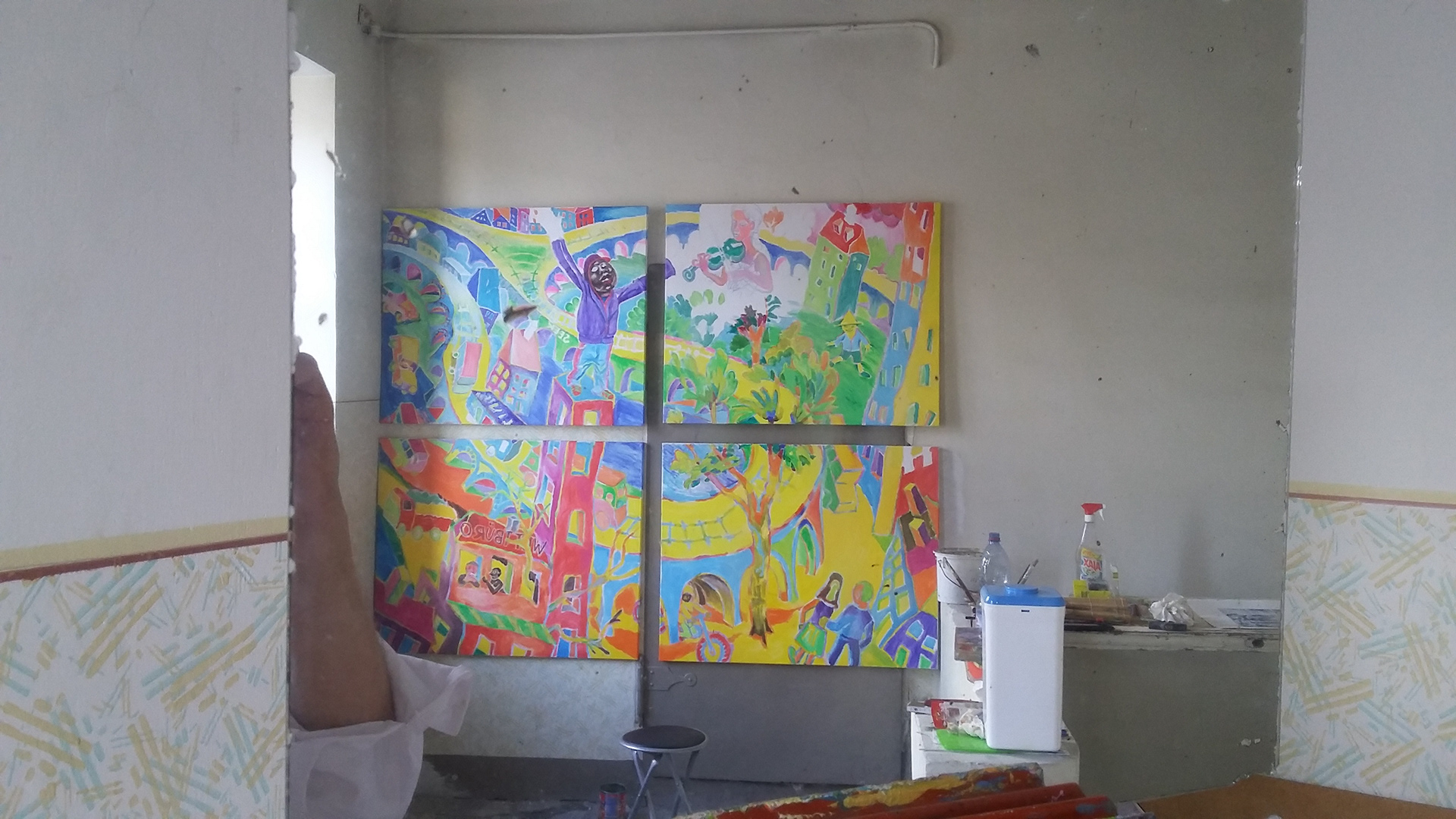 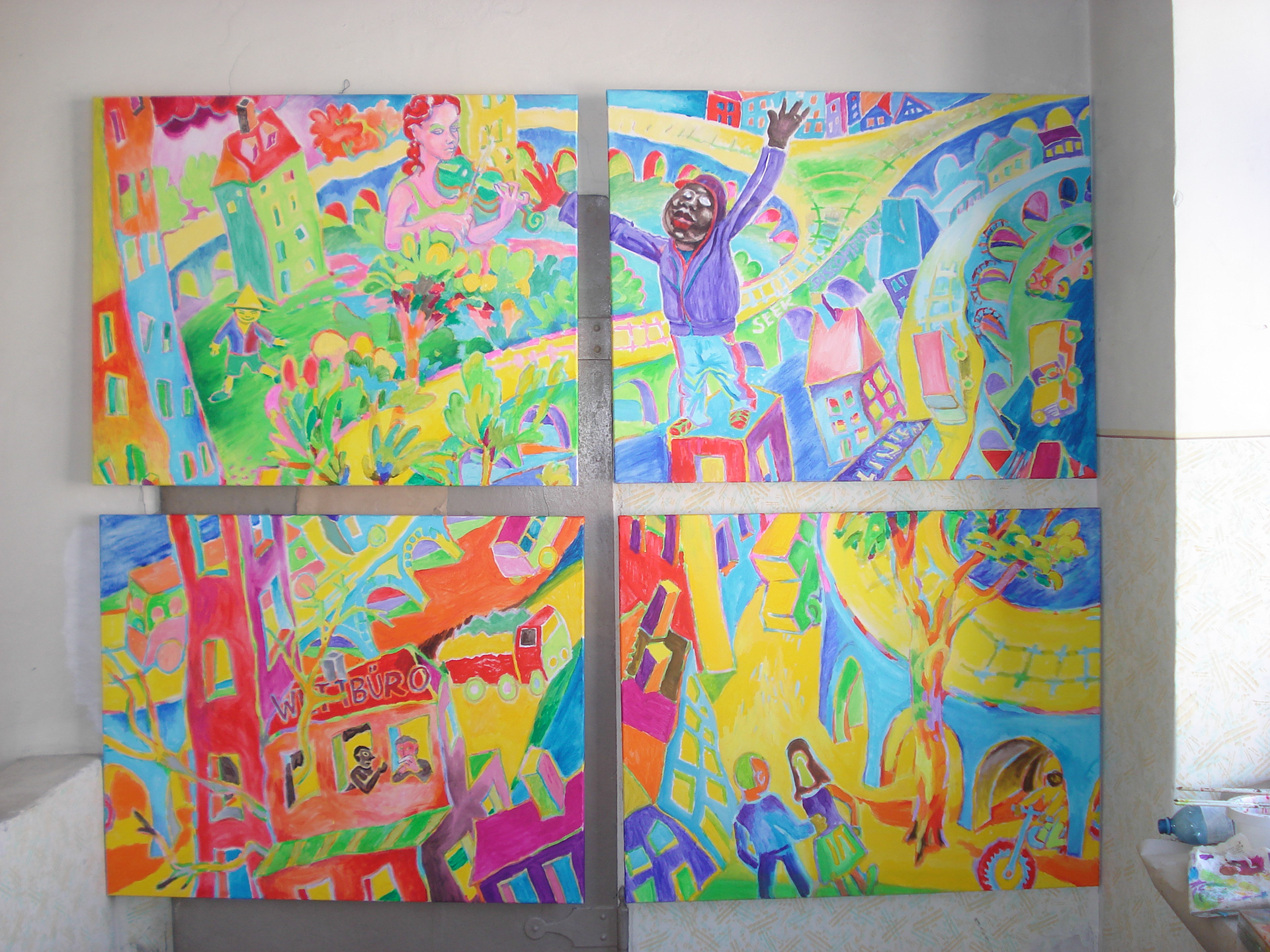